Corvo Island is one of the nine Portuguese islands of the Azores, in the Atlantic Ocean, with the particularity of being the one situated the furthest west of the mainland. This means that this small piece of land is the westernmost place in the Western Palearctic Region. Why is this so important in terms of birdwatching? Let’s see. 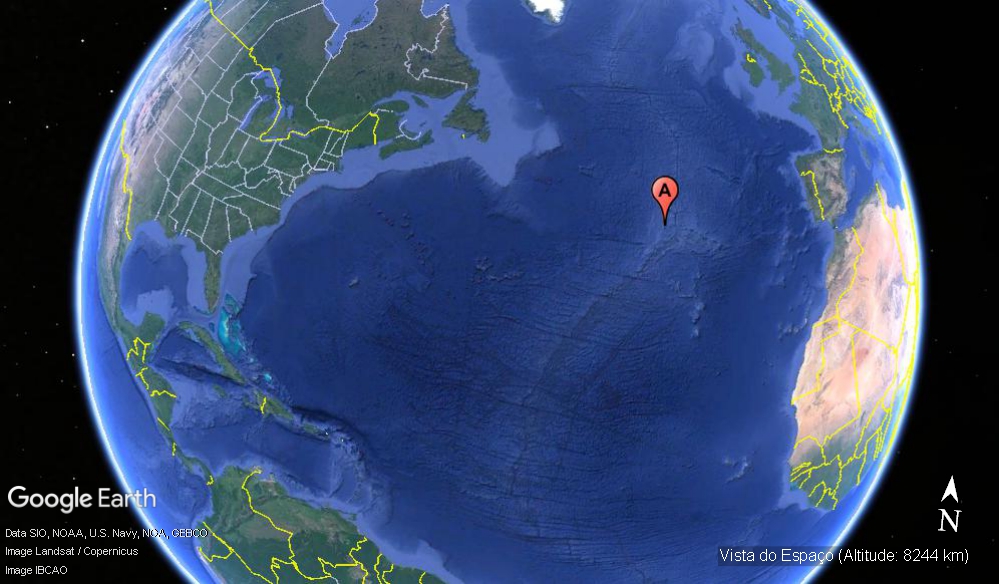 The geographic location of Corvo Island is in the middle of the Atlantic Ocean between the North American and Europe Continents.

As you can see above, there are four main bird migratory routes worldwide. Basically, one is in the Americas, another between the Palearctic Regions and Africa, another in Central Asia and finally between Eastern Asia and Oceania. In Europe, in the Western Palearctic Region, birds spend the summer in the Northern countries and travel south, even down until South Africa, to spend the winter. Several places around the region are good for following the migration, but typically the Mediterranean Basin and the Middle East are the best locations.

Due to the geographical location and relative proximity to America, the Azores Islands present birdwatchers from all over the Western Palearctic Region (WP) with the possibility of observing American bird species during migration. Obviously, the Azores islands are not in the birds' ideal migration routes, but if these species face strong winds from the West, they may end up on these islands.

The same is true for the neighbour island, Flores. And even for other islands of the archipelago. However, since Corvo is smaller, it means less area cover, increasing the chances of discovering American species. That’s what a great number of birders have been doing for the last tenish years during autumn migration. So much so, that during September and, especially, October, the number of people on the island increases by two, or even three, since its population is only around 380 inhabitants. Unbelievable right?

With so many people and binoculars on the island, it is almost impossible for any American species landing there not to be detected. And, even though there are a few relatively common visitors, chances are that the species is a new or, at the very least, a very uncommon record for the Western Palearctic Region. 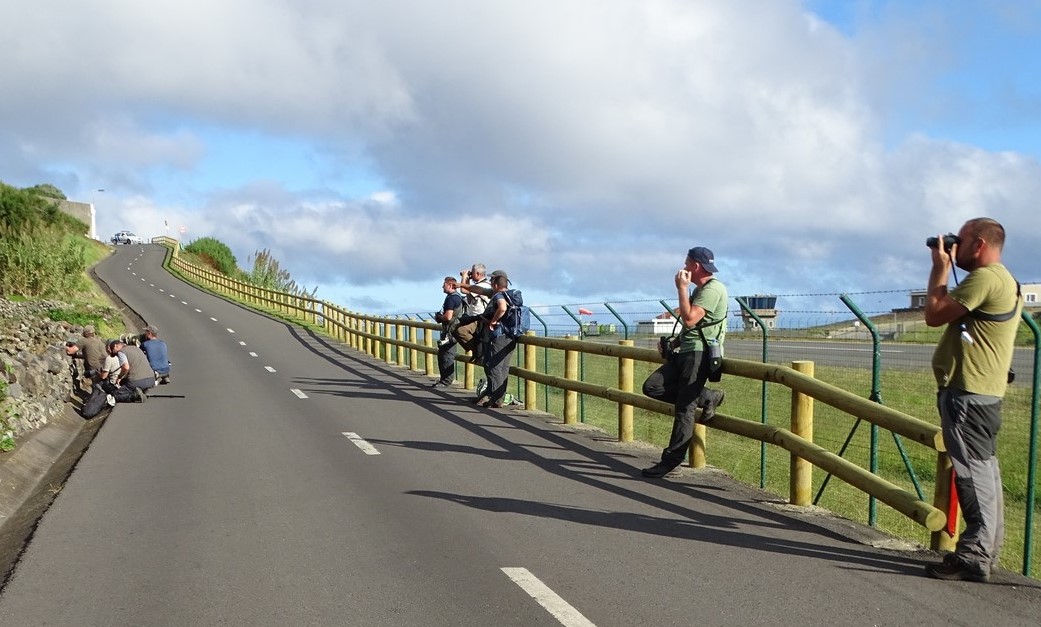 Therefore, many people from several countries, mainly from Europe, visit the island in the Autumn in search of new species for their WP life list. 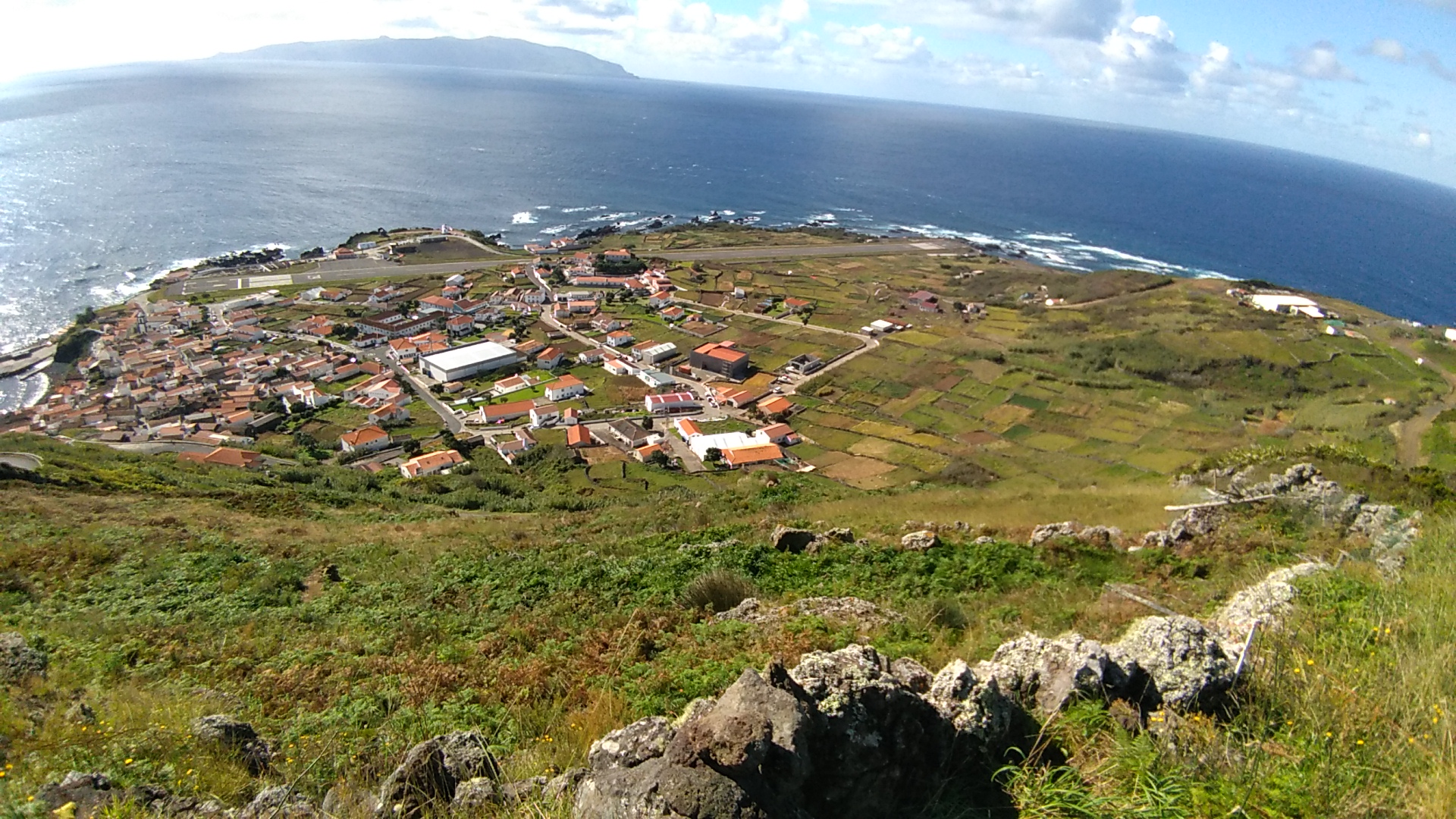 Photo of the village of Corvo from the upper fields.

While visiting Corvo, providing good weather, you can arrange a boat trip to the open sea for sea birdwatching for some of the Atlantic bird species, such as Cory’s, Great, Manx, and Sooty Shearwaters, Band-rumped and Leach’s Storm-Petrels, and eventually some other nice surprises. 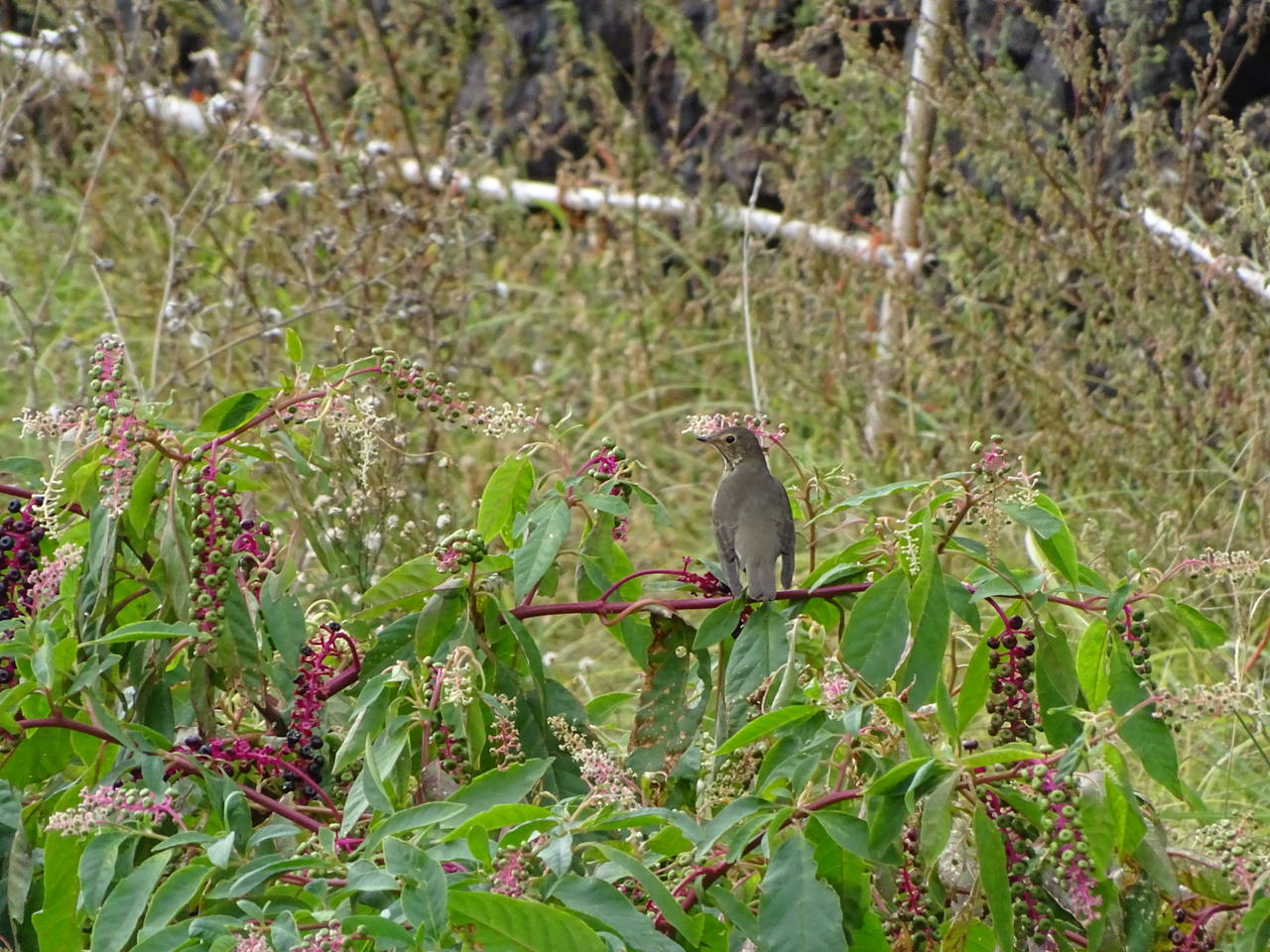 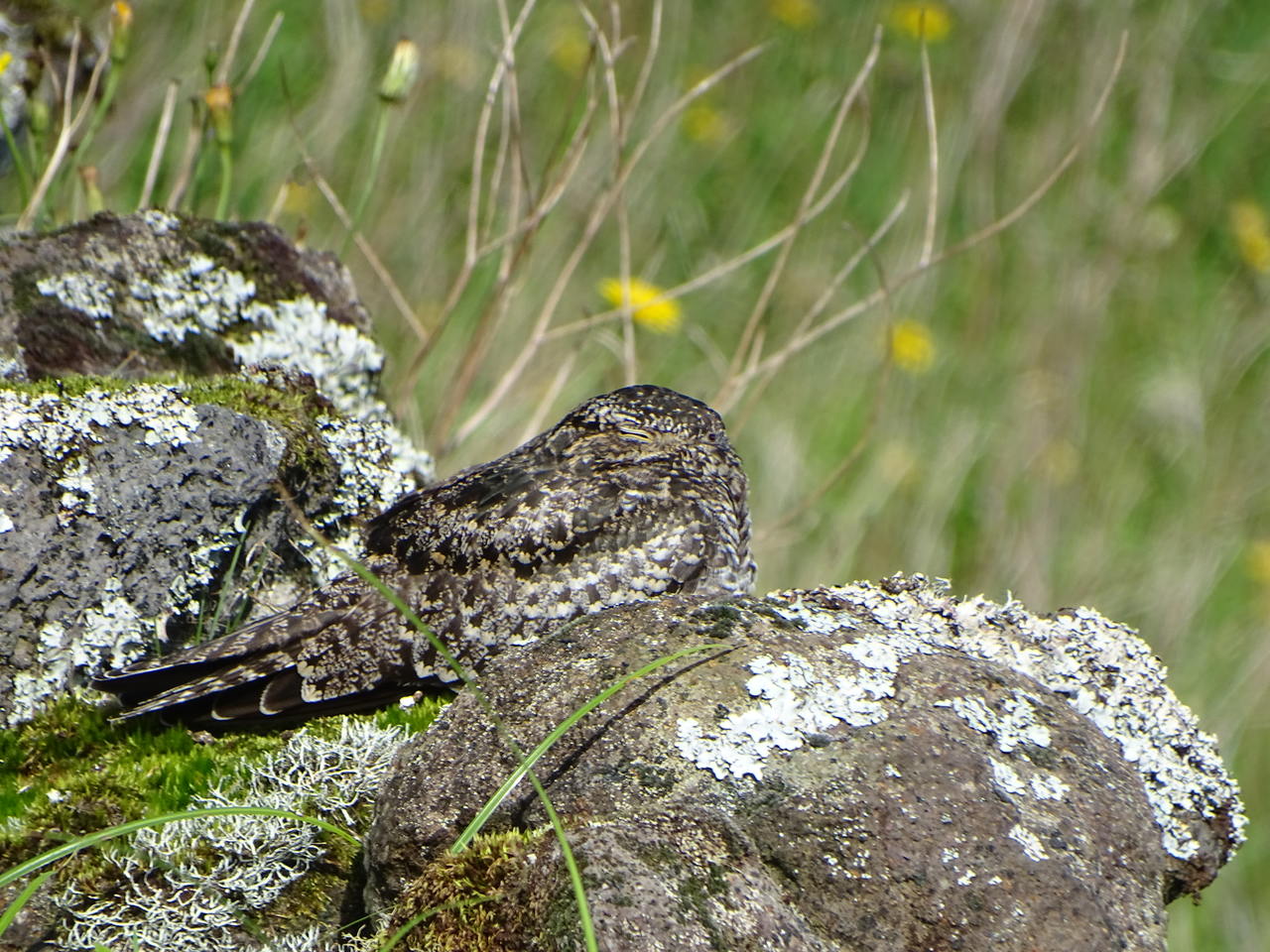 The small island is also worth hiking while enjoying its beautiful landscapes. Plus, it is also possible to visit Flores on a boat trip. 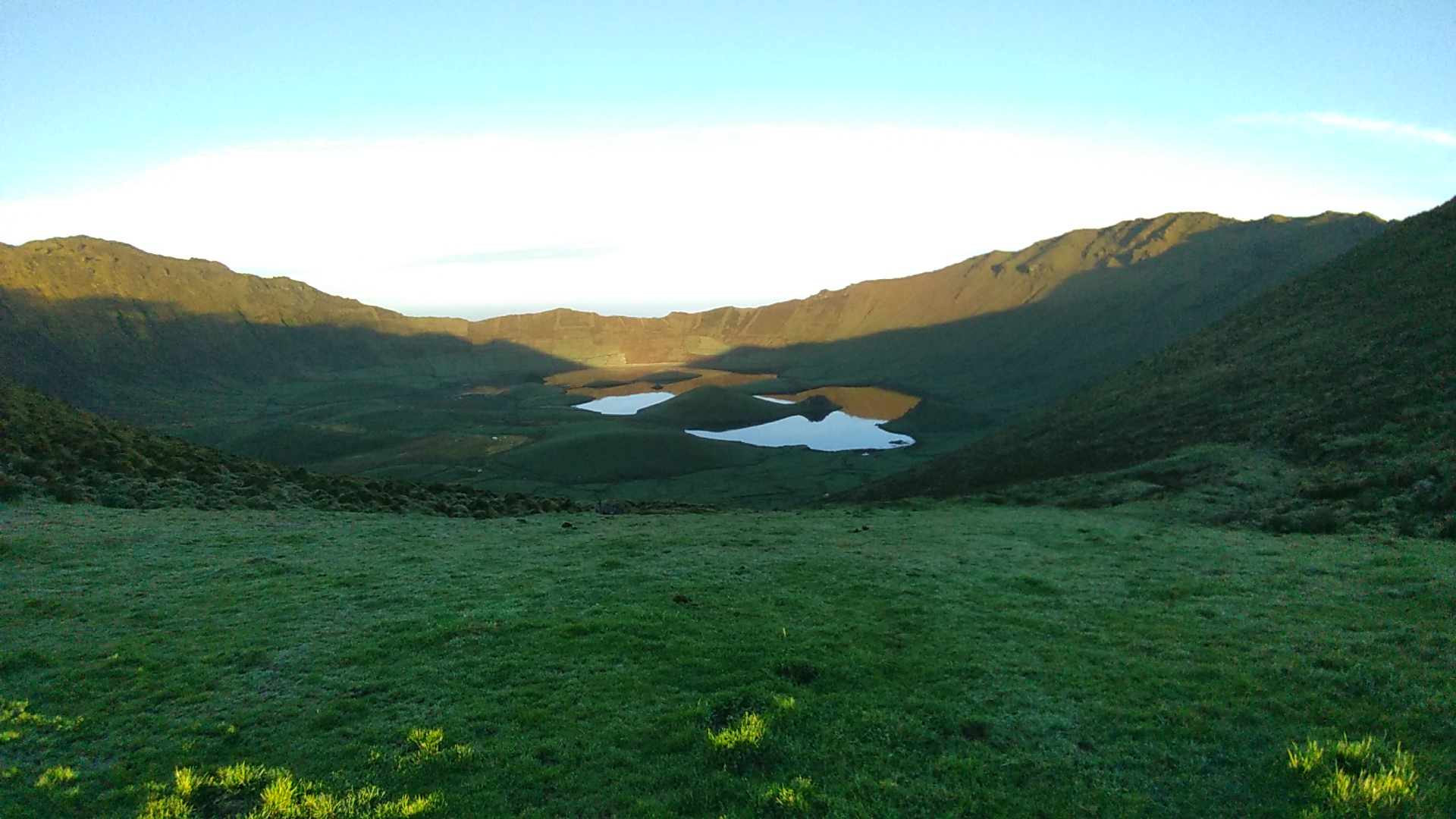 Landscapes on the island of Corvo.

Finally, it is important to mention that there aren’t many accommodation places, therefore, if you wish to visit the island during autumn, you may have to book at least a year in advance, if not more! Though, if you are tough enough, you may use the island's free camping site, providing you have a wind and waterproof tent and lots of clothing layers.

We hope this article was helpful to you. Let us know if you have been to Corvo or any other similar twitching trip or are planning on doing one.