How Birds Built Their Nest

Spring is here and you have probably already noticed some bird activity constantly visiting the same place and even carrying small sticks, brunches, moss or any other material to that place. That’s the signal that they are building a home for the season where they will raise their offspring.

But how do birds actually build their nests?

Well, first of all, it is important to know that some species don’t make their nests and for the ones that do, how and where the nests are built will depend on the species.

Some species don’t build or use a nest at all, like the penguins for example, where the fathers carry the eggs on their fit to keep them out of the frozen ground.

On the other hand, birds species such as the cuckoos will lay their eggs in other species' nests like magpies for example, which will take care of the cuckoos’ offspring. Other species will simply use or steal nests from other species.

Now, considering the species that build their nests, the construction process often starts in a very undisciplined way. First, sticks and twigs are dropped onto the chosen place, and eventually, over time, these wooden materials that have been dropped begin to accumulate to form a nest.

Birds use their beaks to manipulate and weave the fibres of their nest and rely on cobwebs or mud to strengthen their nests. Some birds even use their own saliva as a kind of 'glue' for the nest.

Some of the most common nest types are:

The first type of nest is usually a bunch of sticks laid on branches of trees or on top of poles, usually wooden or concrete electricity poles. These nests are built using bigger branches and sticks that the birds gradually place in order to shape the nest according to their comfort. Some of the species that build this kind of nest are, for example, herons and eagles and storks.

Some aquatic birds such as the Gannets create their nests in a similar way but in cliffs or rocky isles in the open sea. 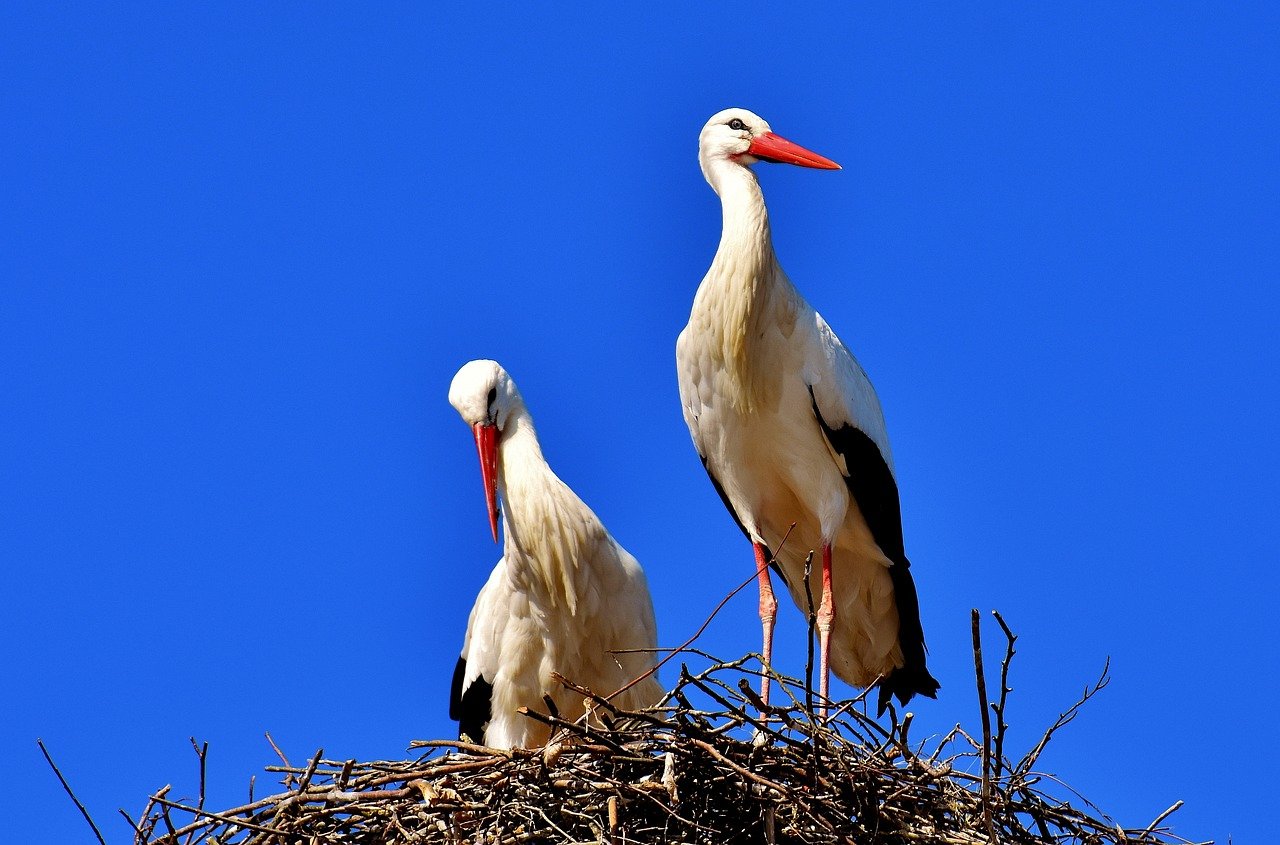 Then, there is the most common and well-known type of nest but rather smaller and tricker to be seen - the cup-like nest. These nests are vulgarly what comes to mind when ones think of bird nests, and as their designation suggests, they are rounded in a cup shape. They can be found more commonly in trees or bushes.

Birds that build cup nests rely on all kinds of materials to build their nests, such as twigs, grass, moss, and leaves, to form the foundations of their homes. Examples of species can include Blackbirds, Redstarts and some Warblers. These groups of birds are the ones everyone person can help by leaving natural fibres and plant material in their garden for them to collect. Or in the alternative, by placing nesting boxes. 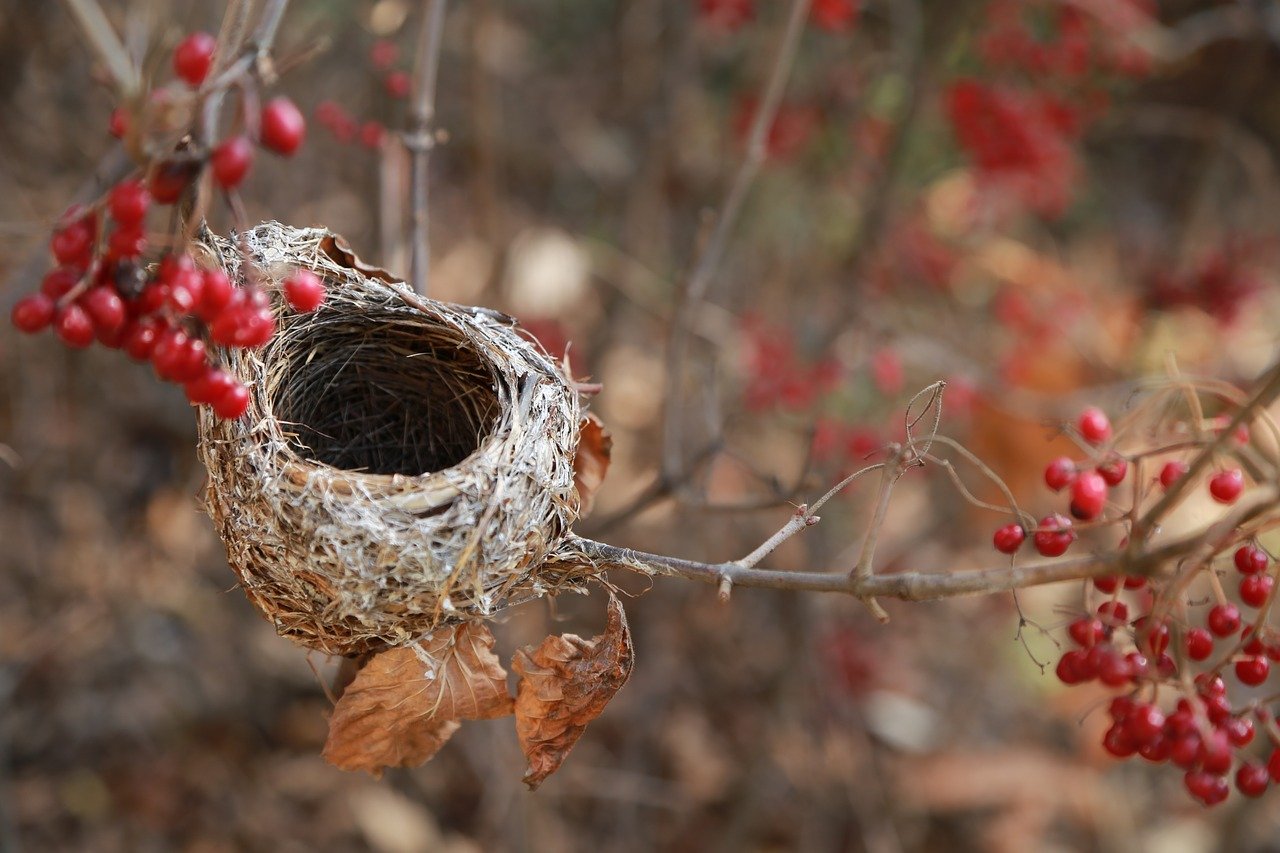 The third type of nest can bird species can build is the adherent nest, which we normally know as the house of Swallows. These birds' nests can often be seen stuck to the side of buildings or trees and are made of a sticky mixture of mud and saliva. Unlike cup nests, these nests tend to be more 'jug'-like with holes in the sides as entrances.

The last type of bird nest we want to share with you is the cavity nest. Unlike most birds, there are some species that will happily occupy existing nests or holes in trees, which saves time, energy and resources. In these cases, Owls and Tits are good examples. However, there are other examples of species that use or build holes in other surfaces, like the Bee-eater, for example, that uses holes in sandy vertical banks or cliffs.

Finally, we would like to mention that these examples of bird nests are only some of the most common and vulgarly known. Yet, there are other species that can build their nests on the ground either by creating a hole or building a nest on the surface or even on rocky cliffs. The examples and creativity of birds are almost endless.