The November interview is about a birdlife conservation project - the  Local Accommodation for Birds - by Vita Nativa Association to promote nesting sites for rural birds in the Algarve Region. It is being implemented throughout the District of Faro, Region of Algarve, in collaboration with each municipality and also private property owners. This project was one of the winners of the Participative Budget Portugal 2018.

What are the main goals of the project?

The Local Accommodation for Birds, happening between the years 2020 and 2022, has the following objectives:

What are the main partners and stakeholders of the project?

The Project Coordinator is Vita Nativa Association. The main stakeholders are, on one hand, the Municipalities of the whole Region of the Algarve. On the other hand, the project aims to work with rural accommodations and hotels, golf courses, local farmers, schools and any kind of household in the local community. 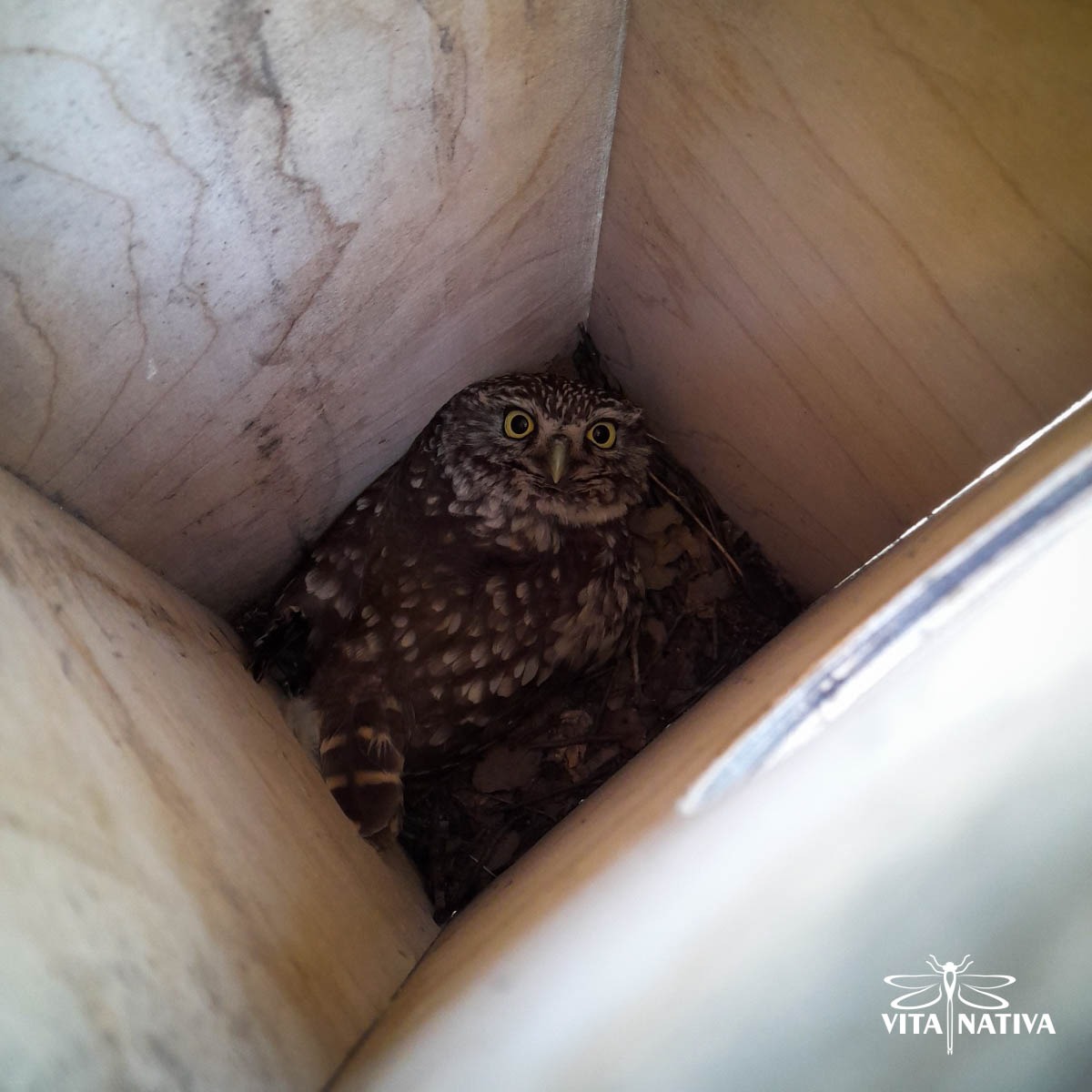 A Little Owl on its new house.

What are the species the project aims for? Are they endangered? Why?

None of these species is in danger of extinction, however, according to some long-term monitoring programs, both the little owl and the Barn owl have been decreasing their populations in Portugal. This phenomenon is not restricted to our country, as it has affected European countries in general, much as a result of changes in land use, specifically with the intensification of agriculture and the use of pesticides.

Which other species may benefit from this project? Why?

The project responsible admitted that, initially, the team didn’t have in mind that other species could adopt the nest boxes. However, as the project progressed, particularly in the second year, they found several other species, and not just bird species, occupying these boxes, such as for example, the Eurasian Tree Sparrow (Passer montanus), and the Garden Dormouse (Eliomys quercinus). This wasn’t necessarily a surprise for the project’s team. Because, like the target species of the project, these two also suffered a reduction in their population and distribution, mostly due to the same reasons.

The Moorish Gecko (Tarentola mauritanica) and the Cricket species of Thyreonotus bidens - endemic to the Iberian Peninsula - were two other species that choose the nest boxes for refuge. Finally, there were also some other species like wasp species and rats, but in low numbers. 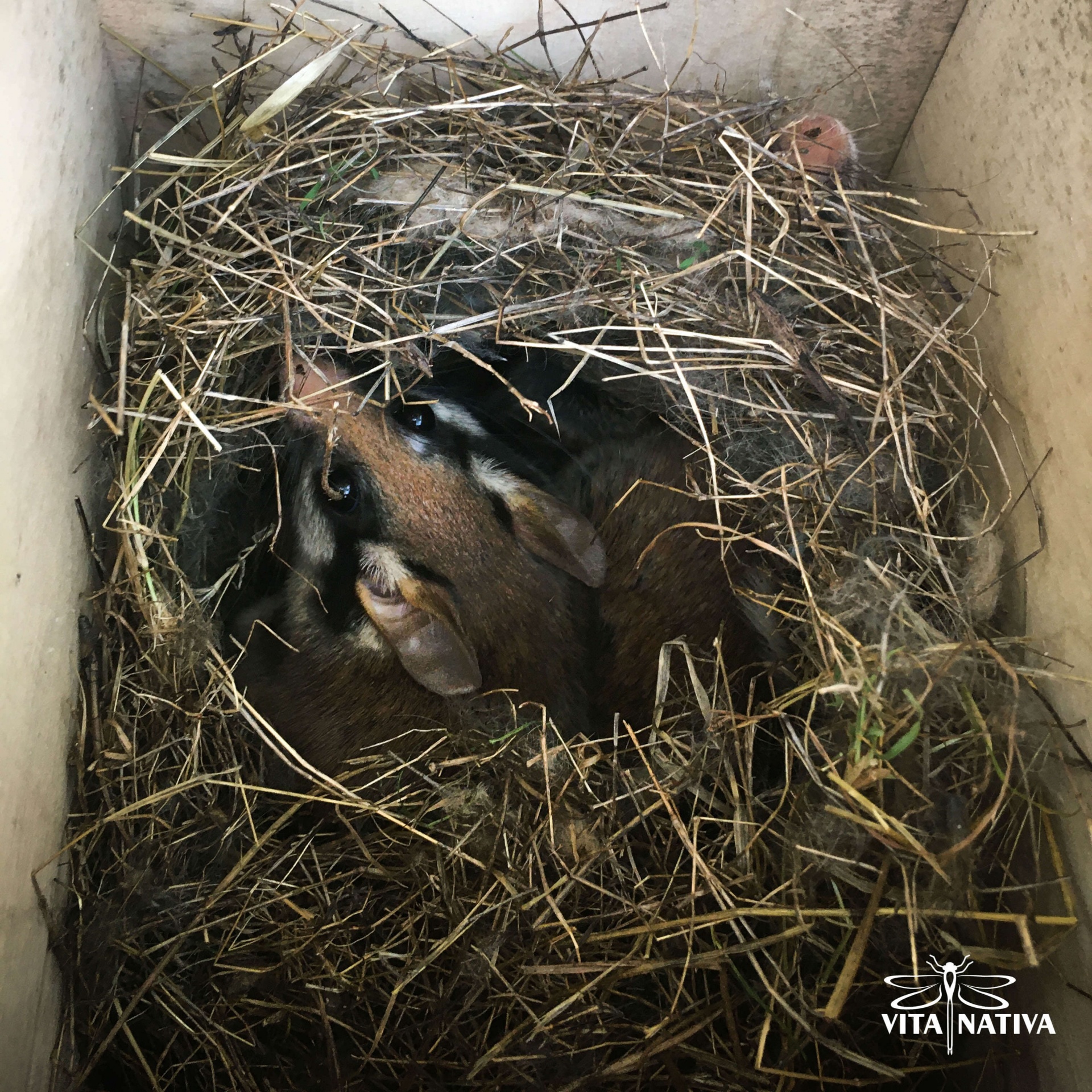 A Garden Dumhouse occupying a nest box of a Tit.

Are there any bird species in the region that is facing strong human pressure? What can be done to help that species?

According to the Association’s team, of all the species targeted by this project, it is perhaps the Barn Owl that has not been able to adapt well to the rapid changes in its habitat, due to the continuous changes in the Algarvian landscape. However, the organisation advocates that before suggesting measures to help the species, it is crucial and more efficient if we start by studying its population in the Region in more detail. “Only in this way will we be able to really understand what its population trend is and, if it is negative, what the causes are for this decrease and what protection measures could be implemented. In any case, judging by the national and Iberian trends, it is very likely that the reality in the Algarve is no different.”

Therefore, Vita Nativa shared with us what they think could be adopted now to help this species. First of all, considering that the species relies on cavities in human infrastructures, it would be important to start by not depriving owls of access to nesting sites. People tend to dislike this species as “neighbours” both because of their noise and the dirt they cause. So, the installation of nest boxes can be an excellent alternative.

On the other hand, avoiding the use of rodenticides in agriculture will prevent the species from suffering the harmful consequences of this toxic chemical that enters its food chain. Finally, Vita Nativa believes that runovers on the roads are another great threat to the species.

What results has the project achieved so far in Portugal?

For the Association, one of the main results was already accomplished, by evolving a great number of people from the whole region. After two years of the project, there are nearly 80 partners, and more than 50 schools were involved, overall, more than 1000 people have participated in activities promoted by the project. According to the team, if the people following and interacting on their social media are considered, the number of people rises rapidly to over 2 thousand.

Regarding the nest boxes, the Association has only been able to share the results from 2021. One or more bird species occupied about 40% of the nearly 600 boxes installed between October 2020 and February 2021. The team estimates 1000 chicks were born from 12 species on those nests. During the monitoring visits, the team rang a significant number of them. 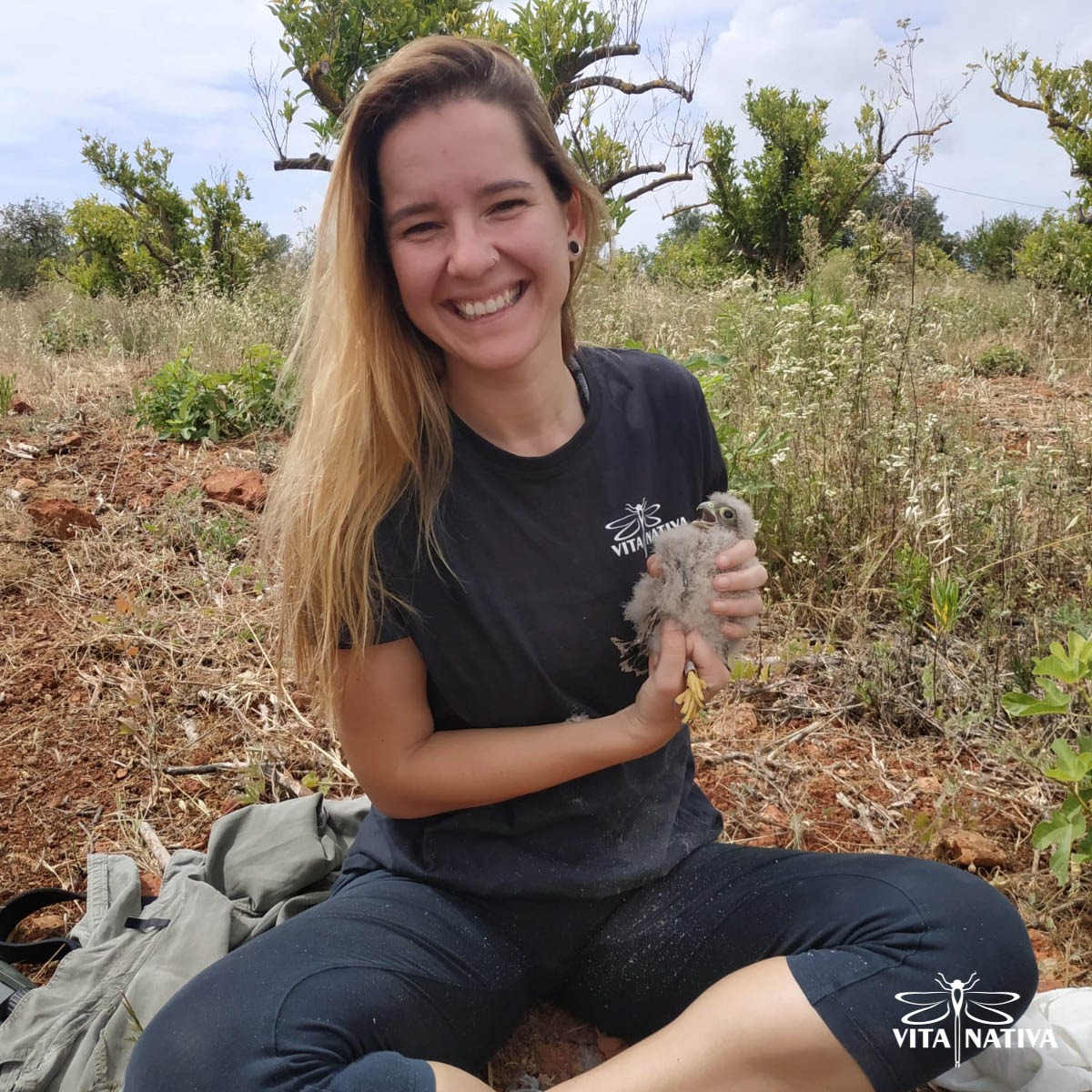 What actions are being taken to raise population awareness?

Apart from the team's consistent communication in their dissemination channels (website and social networks), they also have a gradual increase of interest from regional and even national media. In addition, especially in this project's second year, they have invested time and resources in environmental awareness activities in schools and nursing homes, addressing subjects related to the project, namely, the nest boxes, target species and their importance in ecosystems.

During those visits, “we also challenged the students and elderly people to build nest boxes, which we later install in the enclosure”. Finally, the team shares didactic sheets about each species to encourage people to build their own nest boxes. These sheets, containing basic information on species’ biology and dimensions needed for the nest boxes, can be consulted and downloaded on the project page. 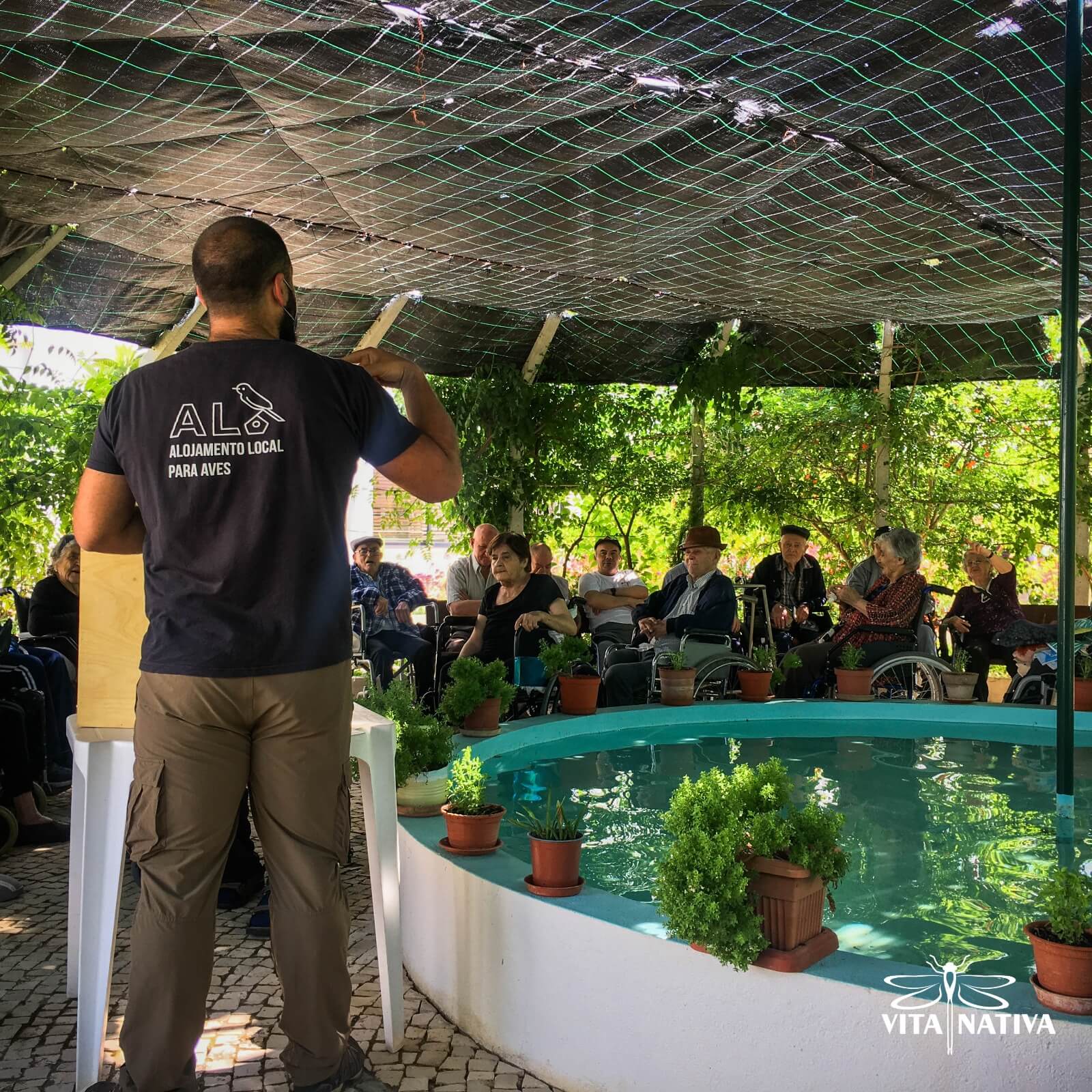 Awareness-raising activity in a nursing home.

As a final comment to the interview, the project’s team highlighted that the project would not end on the planned date. Despite the ending of the funding from the Participative Budget Portugal 2018, the team efforts are now focused on making the project self-sustainable. The goal is to convenience the partners and people involved in the project to contribute financially. According to the team, the aim is also to ensure that the nesting boxes continue to provide nesting conditions for the birds, once the project ends.

After several meetings, the team seemed confident in this process, “we have already managed to convince more than 20 partners to become part of the future "Network of Local Bird Accommodation", which corresponds to a total of about 700 nest boxes.”

How can people get involved and/or support?

If you also believe in this project, you can also contribute. Everyone can support this project and the organisation’s work by becoming a member of the Association. The link for registration is https://www.vitanativa.org/torne-se-socio/

You can learn more about this project, follow their work and get in touch with them through: